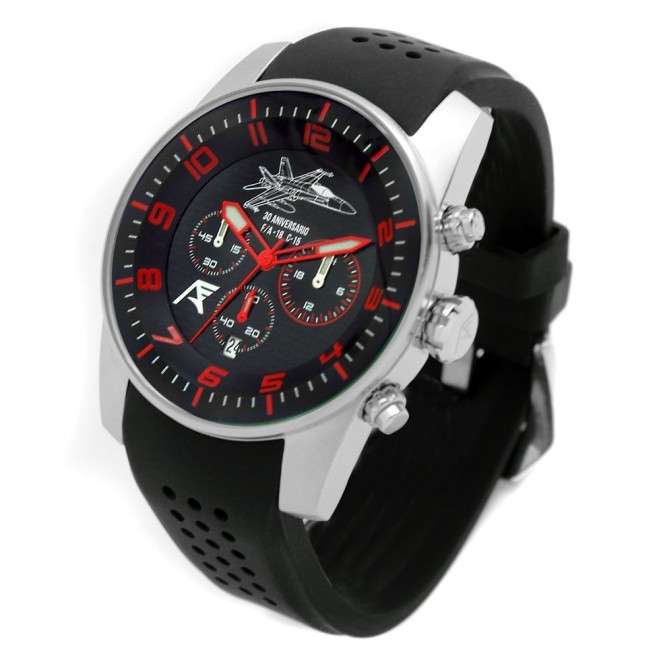 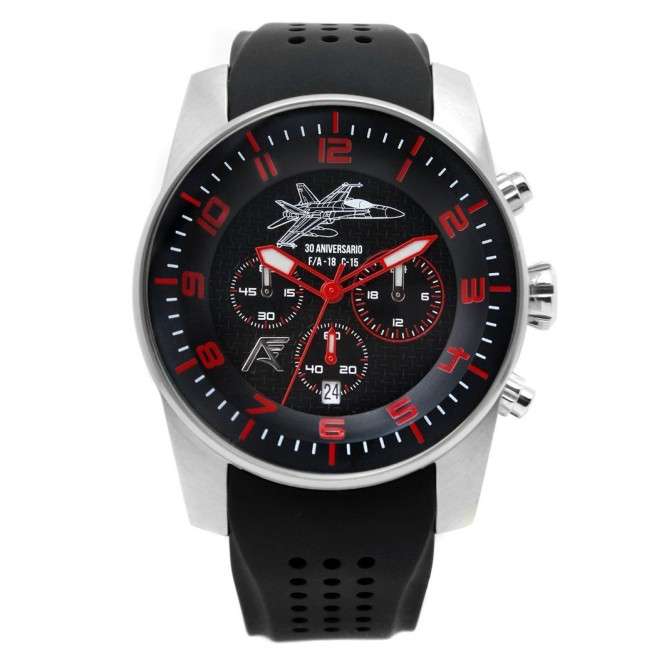 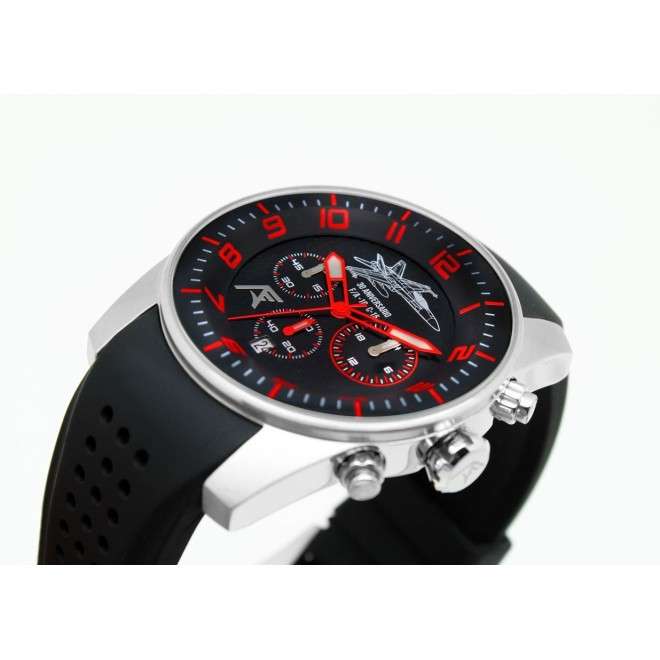 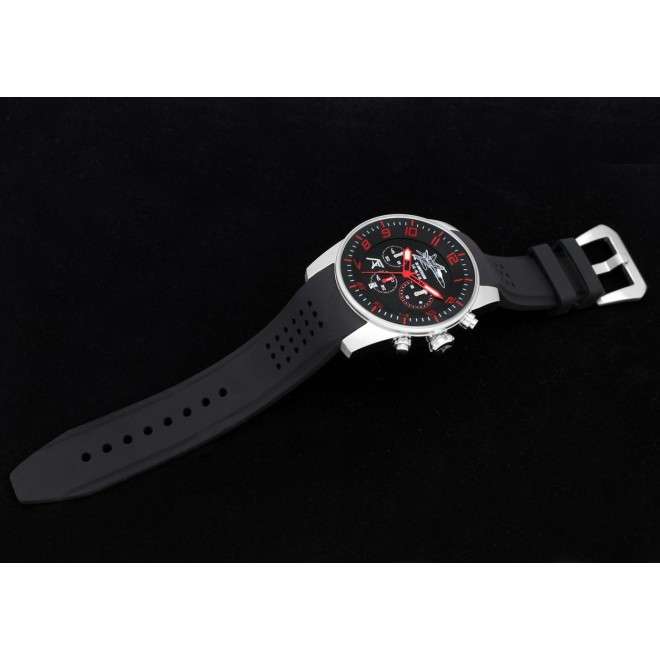 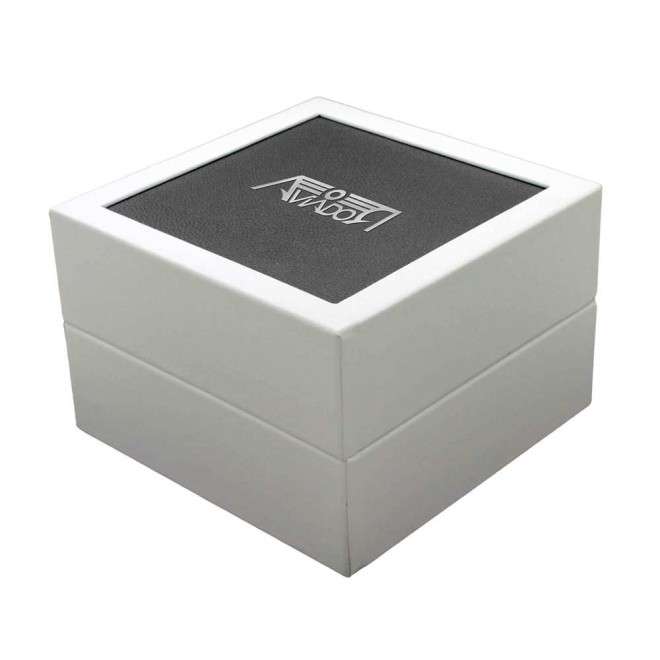 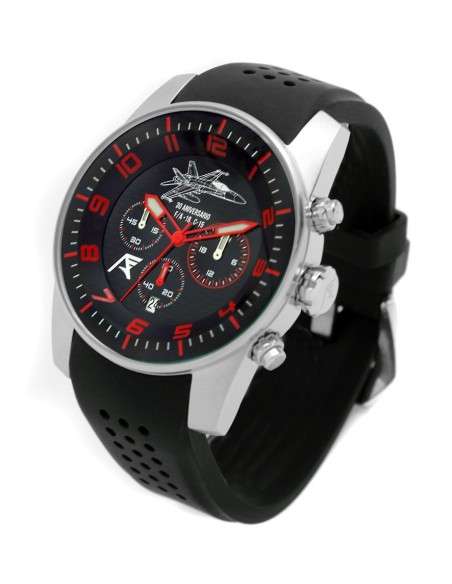 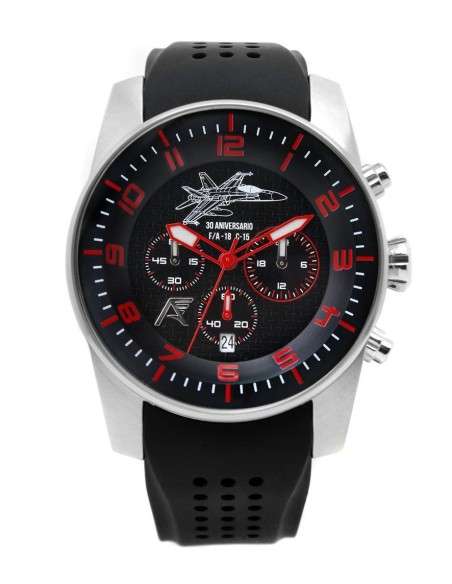 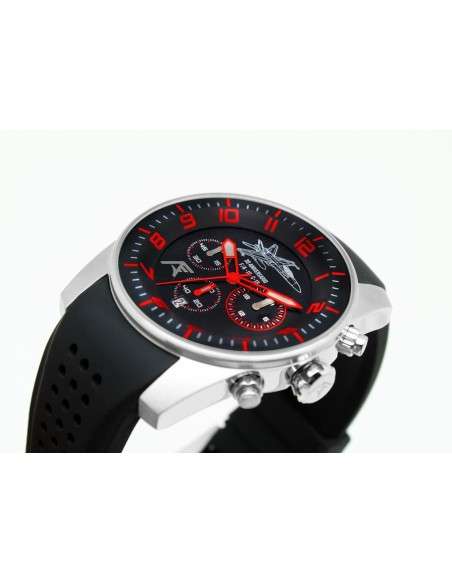 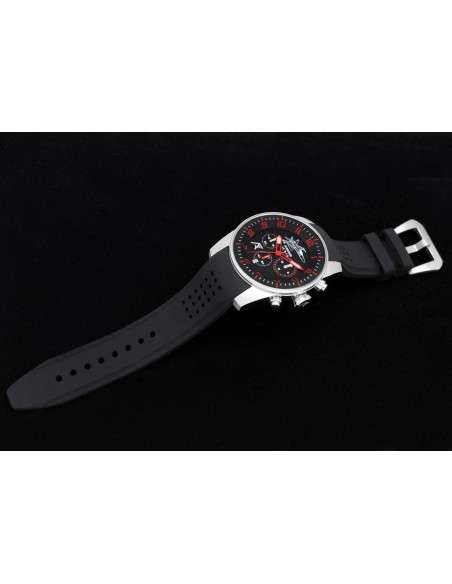 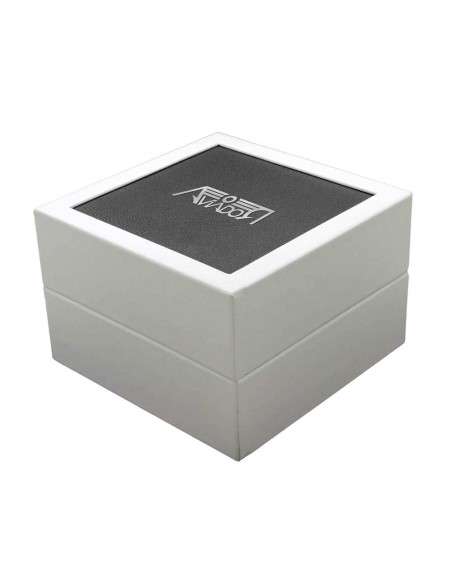 Special Edition Watch for the 30th Anniversary of the F/A-18 C-15 Fighter Aircraft.

This watch has been designed to commemorate the 30th anniversary of the arrival of the mythical F-18s to the Spanish Air Force.

The Mc Donnell F/A-18 Hornet is a twin-engine multirole fighter of American origin. This fighter aircraft combines fighter and strike capabilities to attack both air and ground targets.

The F/A-18 arrived on July 10, 1986 at the Zaragoza Air Base and was an important boost in the modernization of the Air Force.

The AV-1206 30th Anniversary F/A-18 AVIADOR watch opts to dress its case with surgical stainless steel to avoid allergies, with a diameter of 44 mm and water resistance of up to 5 ATM.

Hands in contrast to the dial.

A white luminescent hands have been designed in contrast to the dial to facilitate a quick reading of the time.