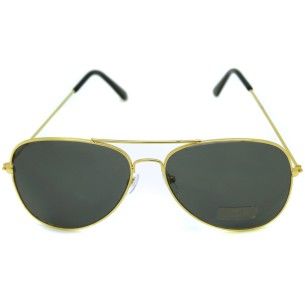 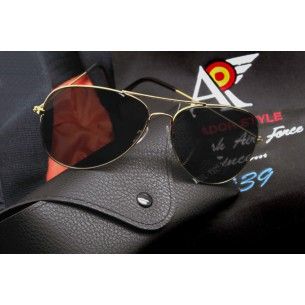 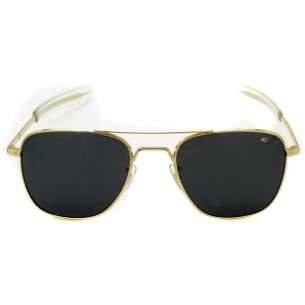 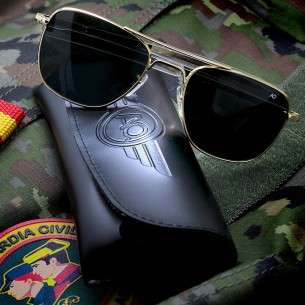 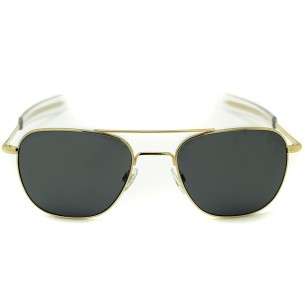 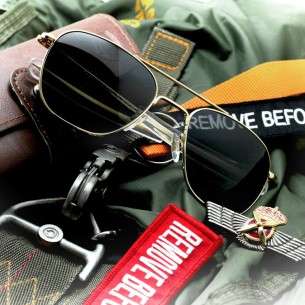 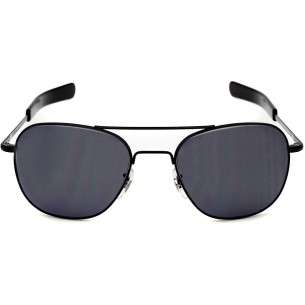 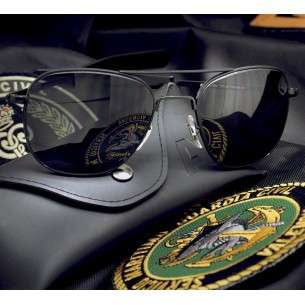 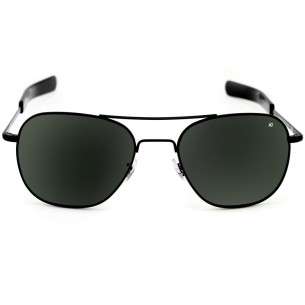 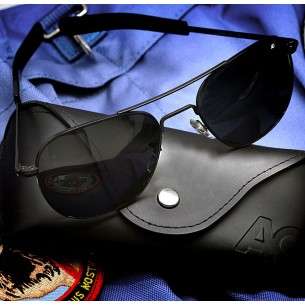 The american Optical pilot glasses they are designed in the purest American style, according to strict military specifications and to guarantee maximum UV protection. Solar radiation and ultraviolet rays can cause damage to the eyes and skin when they are very intense and height is a crucial factor that increases the intensity received. For every 300 meters of height, the exposure to ultraviolet rays increases by approximately 5%. It is for this reason that, traditionally, pilot glasses have been characterized by their high protection and quality. The manufacture of the American Otpical aviator glasses it started in 1958 and after more than 60 years the same characteristics of then are still respected, using a patented technology called "True Color Grey Lenses".

Being adopted as a standard in the uniforms of the pilots of the USAF (the United States combat air force), the american Optical Glasses they became a true icon of aviation, so much so that many consider them as american pilot sunglasses par excellence and among the best-selling. Amercian Optical pilot sunglasses are unisex and they fit both the face of the man like the one in the woman. Its popularity was increased thanks to the great repercussion that the Apollo program reached all over the planet in the decade of the 60s. In television reports and in the press at that time, it was often possible to see images of astronauts wearing their aviator pilot glasses American Optical during ground or spaceflight training.