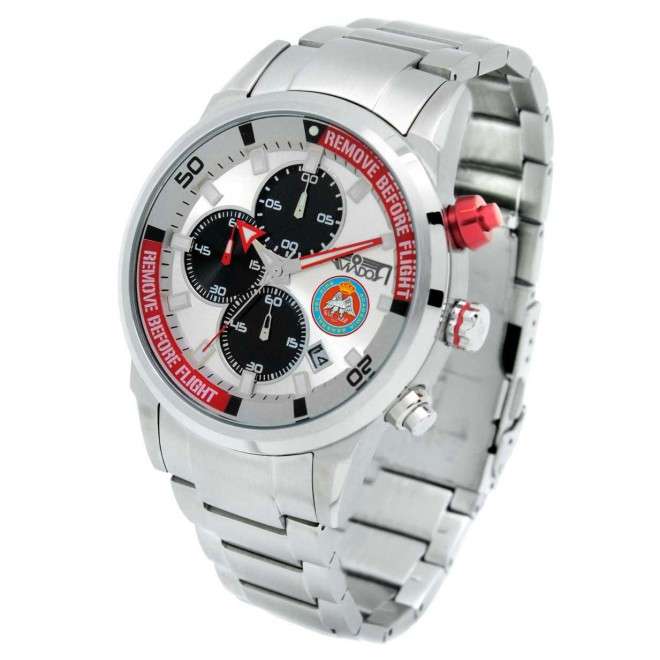 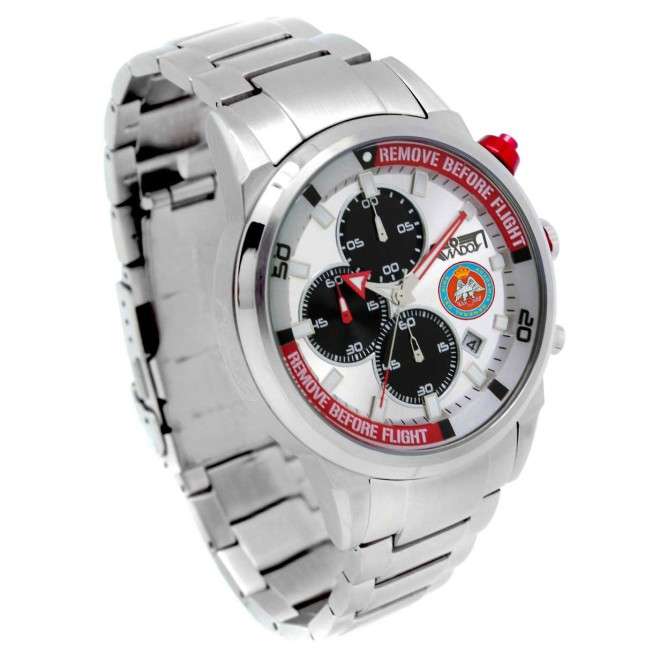 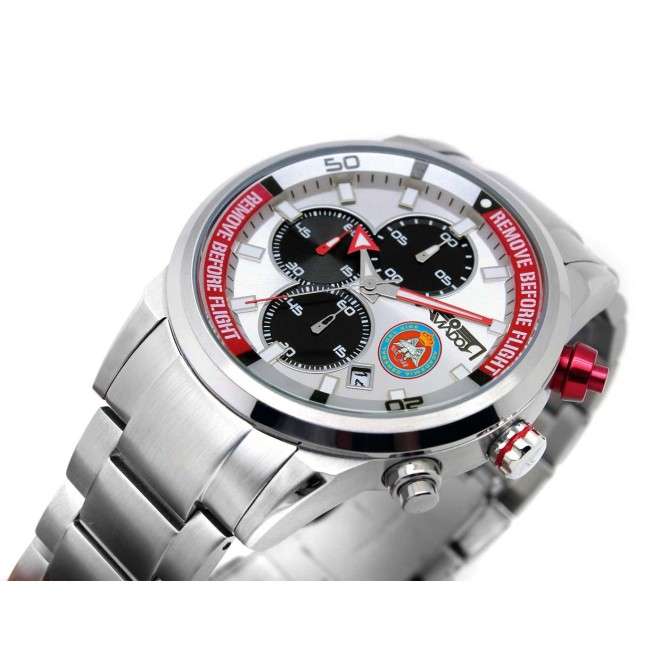 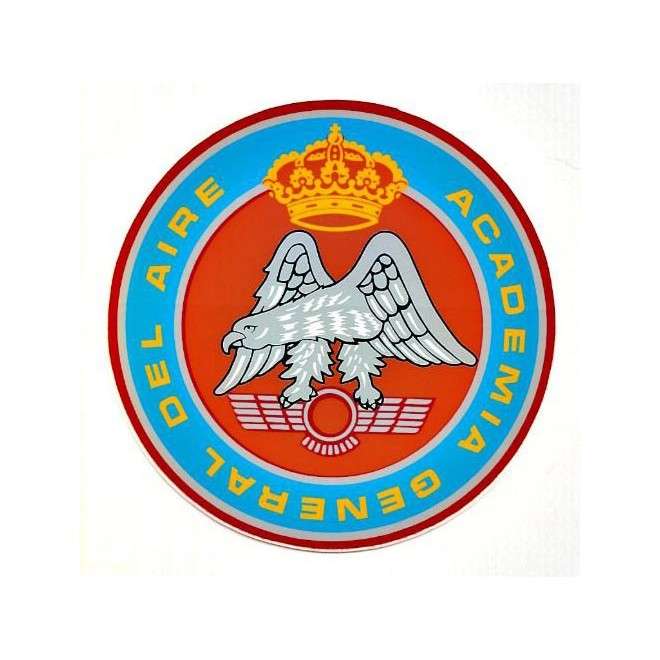 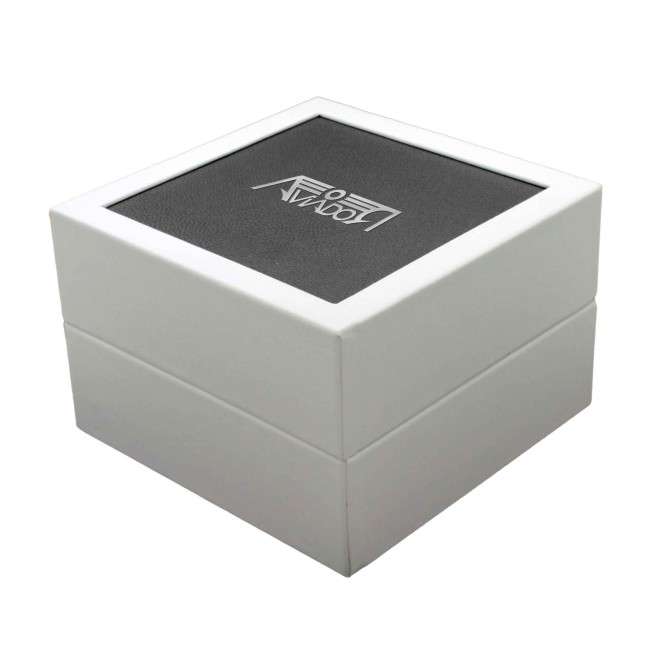 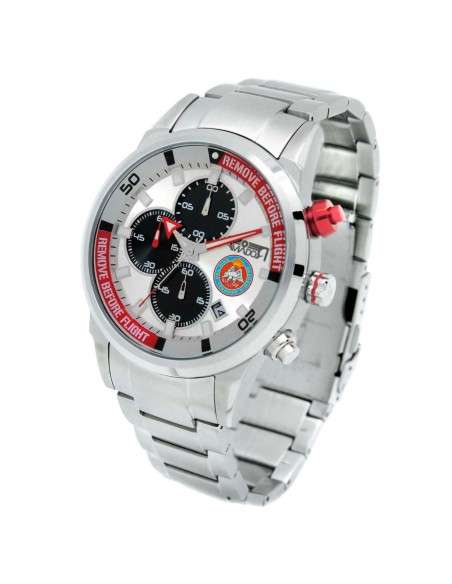 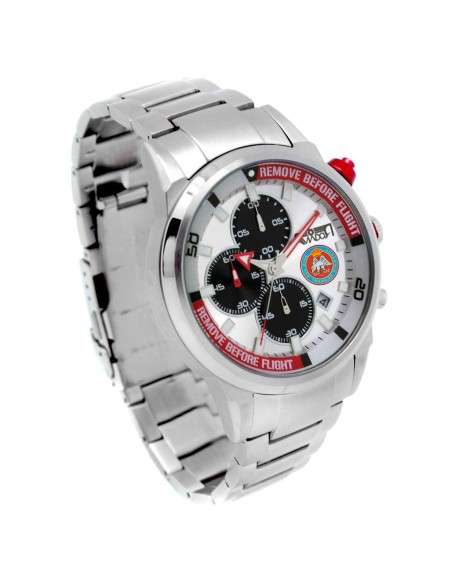 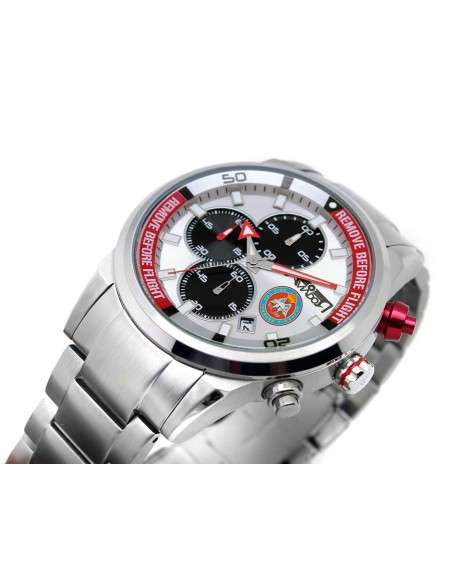 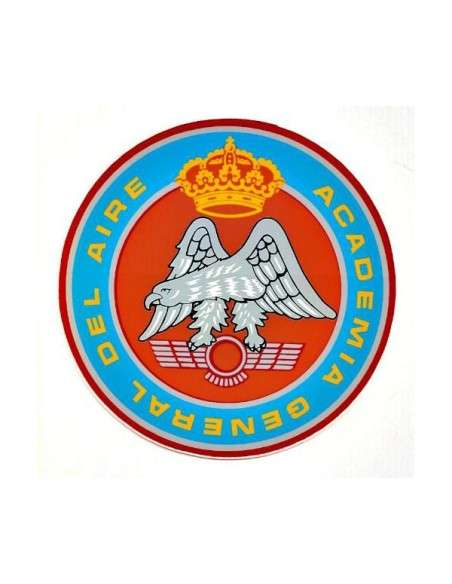 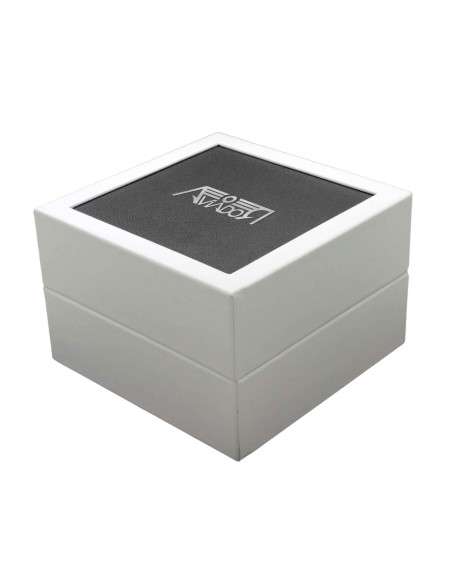 Get this exclusive pilot's watch with the emblem of the General Air Academy (AGA).

The pilot's watch of the students of the General Air Academy (AGA) of the Air Force.

The General Air Academy (AGA) of the Spanish Air Force it is a military academy intended for the training of future officers of the Spanish air forces, located at the San Javier air base (Murcia).

Its origin dates back to 1926, when a naval air base was created in Santiago de la Ribera to protect the fleet present in the port of Cartagena. In 1943, the base became the headquarters of the General Air Academy, with the function of training future officers and the first class began their studies in 1945.

More than 6,000 students have been trained since then in the classes of the General Air Academy (AGA). Today, upon completion of training, students reach the rank of lieutenant or ensign.

Silver RBF dial with the emblem of the General Air Academy (AGA) and inscription "Remove Before Flight" on the inside.

The AVIADOR General Air Academy (AGA) AV-1191-8 New RBF Watch opts for the most avant-garde details to dress its anti-allergic surgical stainless steel case, with 44 mm in diameter and 13.5 mm thick, water resistant up to 10 ATM.

The 22 mm metal strap is made of solid armis and is made of 316 steel, which is characterized by its great resistance to corrosion.

Finally, the hands and numerals of this AVIADOR Watch General Air Academy (AGA) AV-1191-8 New RBF are equipped with luminescent coating, which provides perfect visibility even in the most difficult coniditions.

The Start-Stop button of the AVIADOR General Air Academy (AGA) AV-1191-8 New RBF Watch has been reinvented and endowed with a vigorous yet lightweight design, with the color matching the slogan "Remove Before Flight" on the inside of the dial.

Note on the warranty.
2 year warranty for any manufacturing defect. This warranty does not include glass breakage, batteries or any damage due to misuse or improper treatment.