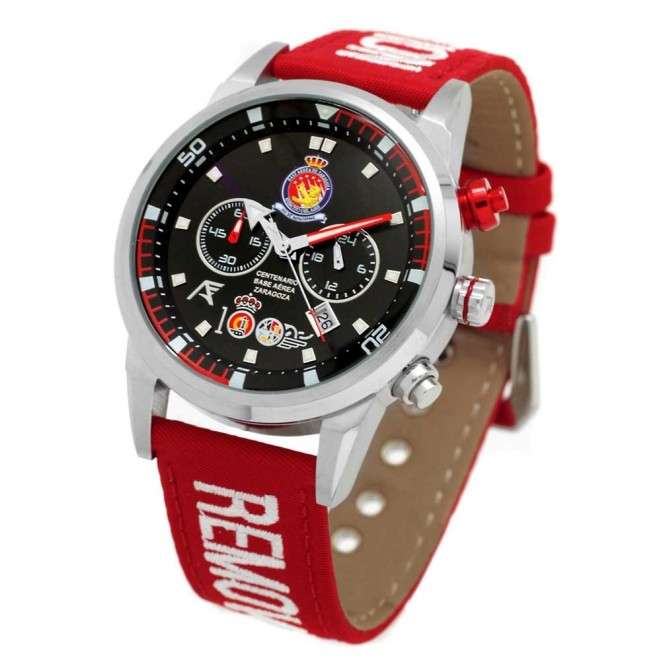 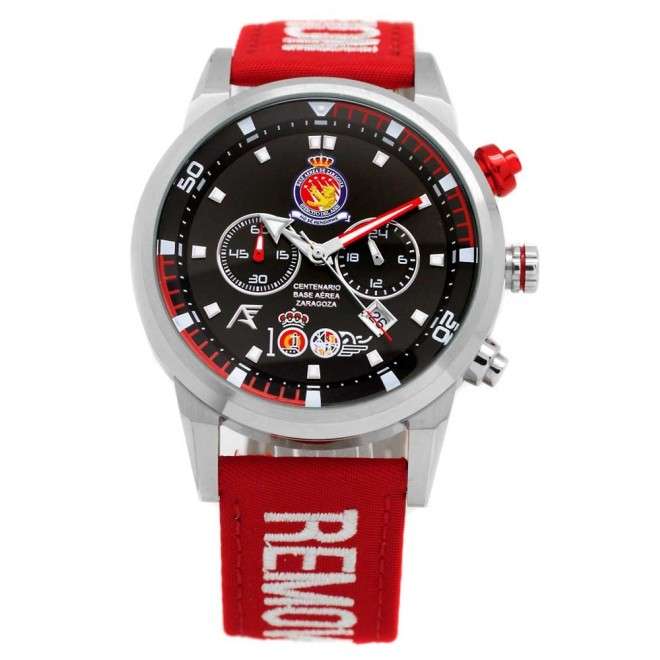 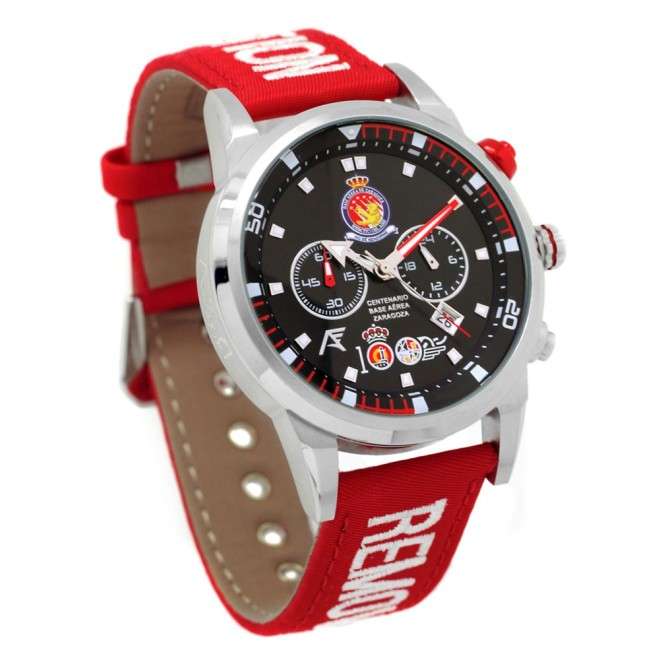 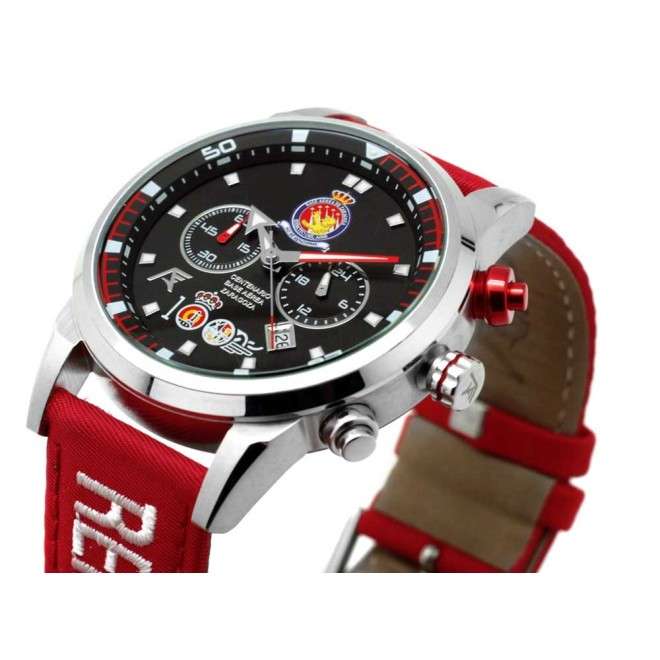 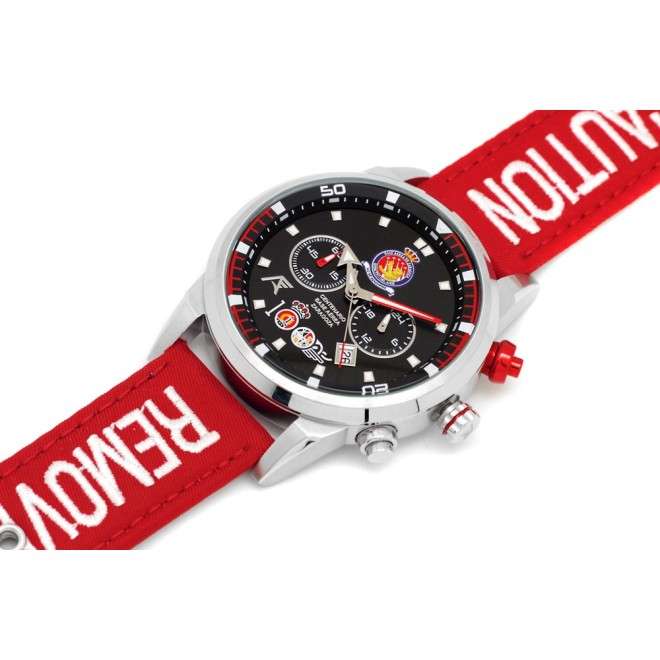 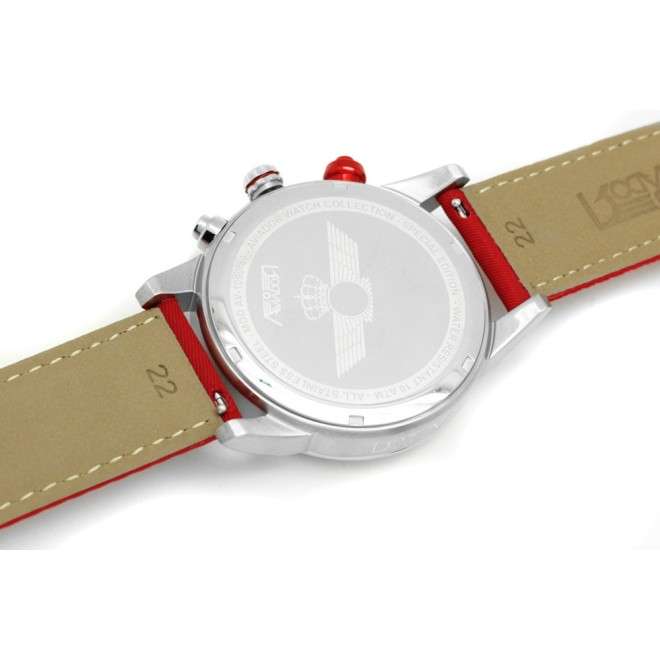 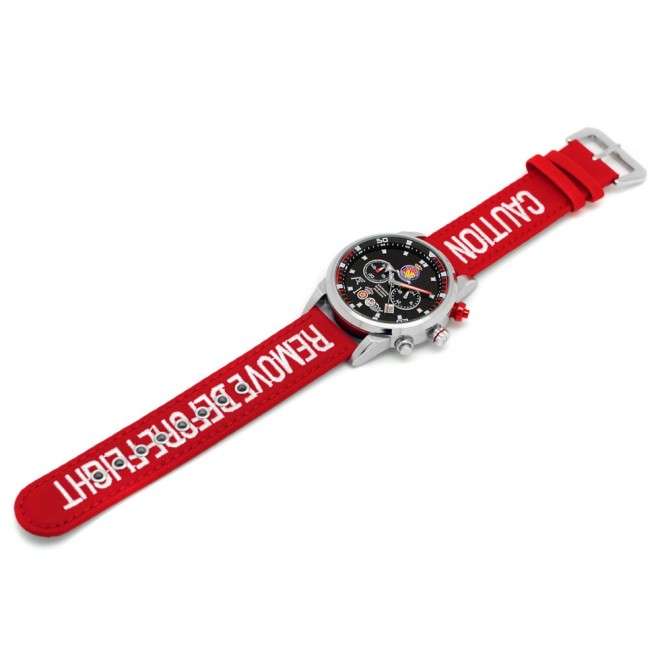 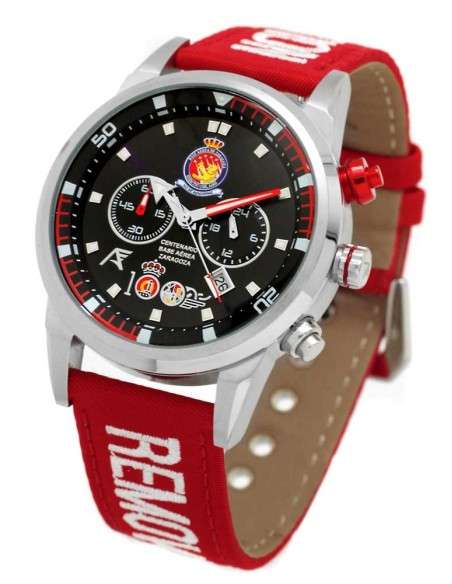 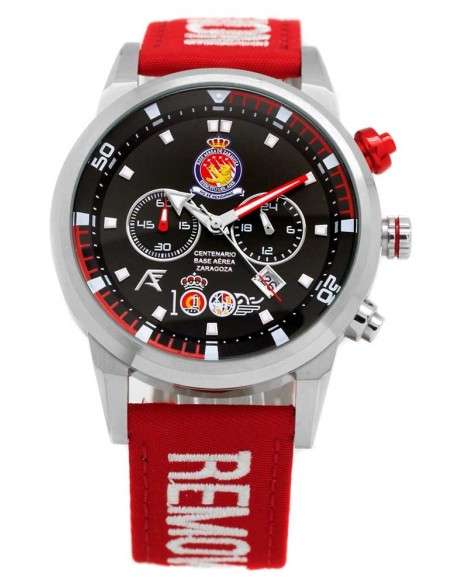 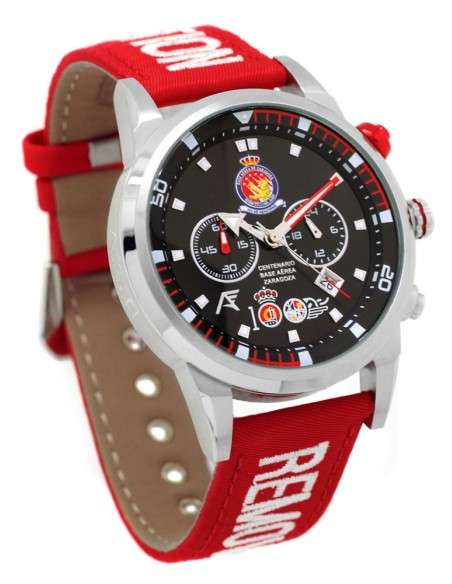 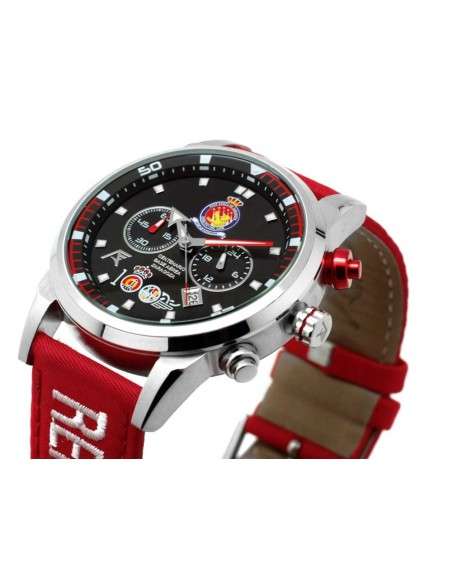 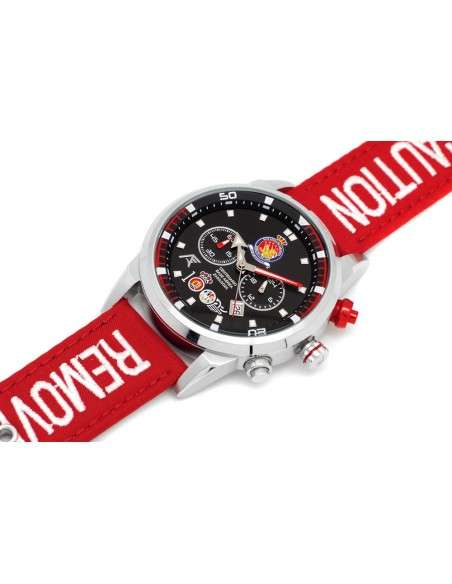 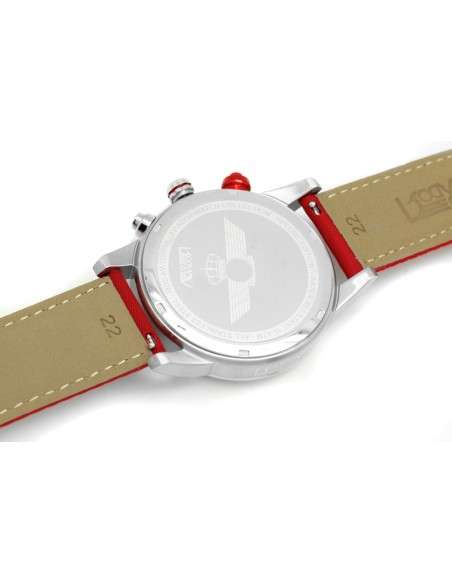 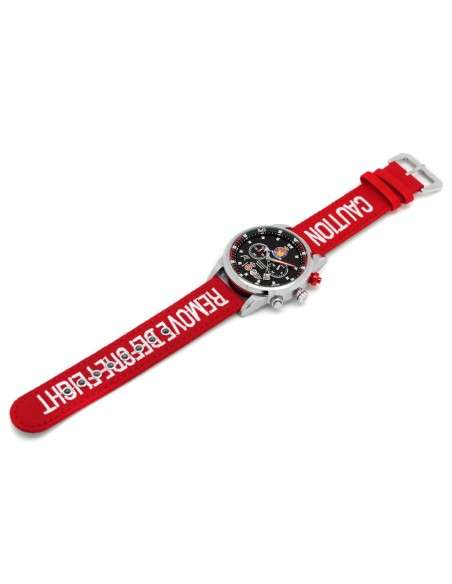 The commemorative AVIADOR Watch of the Centenary of the Zaragoza Air Base of the Air Force. It has a 44 mm surgical steel case, black dial, Japanese quartz chronograph, 10 ATM resistance and 22mm RBF strap.

Zaragoza Air Base is an air base located 15 km west of the city of Zaragoza, in Aragon, Spain. It shares part of the facilities with Zaragoza Airport.

The facility was created in 1920 and it was accompanied by the opening of a military pilot school in San Gregorio, although his air navigation had begun a decade earlier. It was used by the United States Air Force (USAF) from 1958 to 1994. On February 12, 2004, the Spanish State regained full sovereign control of the military installations.

Among other groups, the 15th Wing and the 31st Wing operate on this base. It is considered the embryo of what has been the Air Force since 1939.

The watch opts for the most avant-garde details to dress its surgical stainless steel case, with a diameter of 44 mm and a thickness of 13.5 mm, water resistant up to 10 ATM.

The watch houses inside the precision of the prestigious Japanese machinery SEIKO Quartz Chronograph Caliber VD57. The SEIKO firm has always been characterized by possessing quartz calibers of excellent quality.

Start/stop button to match the strap.

The watch's push buttons have been reinvented to be endowed with a vigorous yet lightweight design, with the “start/stop” button matching the color of the strap.

RBF strap in red with engraved letters in white REMOVE BEFORE FLIGHT. It is an exclusive AVIADOR Watch design of Spanish manufacture.

Finally the hands and numbers of the watch are luminescent and the color of the minute hand of the same color of the strap, are the details that complete this piece of haute horlogerie to catapult us into the military runways and hangars. 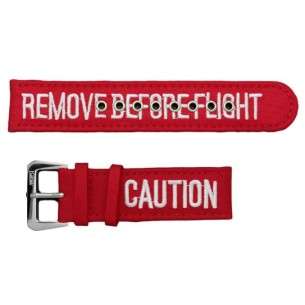 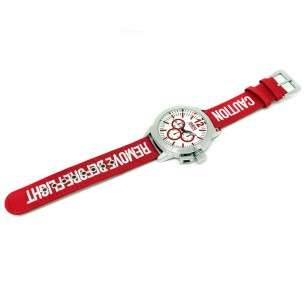